Meretz to JNF: Stop the racist policy at Al-Arakib! 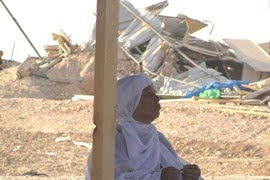