A JNF Drive to Make the Desert Bloom Means Destruction for a Bedouin Village, Forward 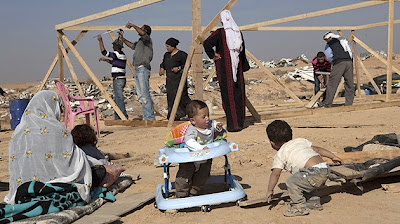 A JNF Drive To Make the Desert Bloom Means Destruction for a Bedouin Village
Israeli Bulldozers Have Demolished the Homes in Al-Arakib 14 Times, But Residents Keep Returning
February 18, 2011.

Email ThisBlogThis!Share to TwitterShare to FacebookShare to Pinterest
Labels: Al-Arakib, demolition, ILA, In the News, JNF