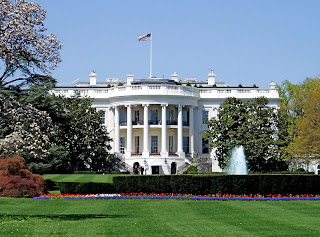 Mass Protests Against the Plan by Bedouin and Palestinians in Israel, the West Bank and Gaza as U.S.-Sponsored Israeli-Palestinian Peace Talks Resume Heighten American Jewish Concerns
New York, NY, August 23, 2013 – A delegation of rabbis and leaders from American Jewish and Israeli organizations met on Tuesday at the White House with National Security Council and State Department officials regarding the Israeli-government sponsored “Bill on the Arrangement of Bedouin Settlement in the Negev.”   This legislation, which seeks to resolve longstanding land disputes between Bedouin Israelis and the state, will likely lead to the expulsion of 30,000 to 40,000 Bedouin Israelis from their homes, the demolition of as many as 25 villages and the loss of most Bedouin land.

The groups at the White House meeting have all urged the Government of Israel to suspend the plan currently under discussion and allow for greater exploration of its implications and impact.  It is their view that any plan to resettle members of the Bedouin community must be developed with leaders of that community rather than be forced upon them.  The groups have expressed concerns that the resulting sense of displacement raises the potential for increased poverty and unrest that is not only harmful to those communities but endangers Israel’s security and American strategic interests at a time of great instability and violence in the region.
The White House meeting took place against the backdrop of several major developments since the controversial bill was narrowly approved on June 24 by a vote of 43-40 on its first reading in the Knesset.
American Jewish and Israeli participants in the meeting included:
“Bedouin community leaders have been outspoken in rejecting the Israeli government’s plan as discriminatory, failing to recognize our historical land rights, and threatening the Bedouin way of life,” said Dr. Morad El Sana, an expert on Bedouin land rights in Israel who participated in the meeting.

A petition to Prime Minister Netanyahu against the bill organized by T’ruah: The Rabbinic Call for Human Rights, and Rabbis for Human Rights, has already garnered the signatures of over 400 rabbis and cantors, as well as rabbinical and cantorial students.