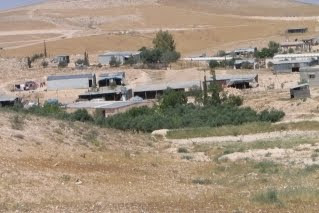 Human rights organizations Adalah and Association for Civil Rights in Israel (ACRI) formally submitted their reservations to the government’s legislative proposal to implement the Prawer Plan for Bedouin in the Unrecognized Villages in the Negev (the “Memorandum of Law to Regulate the Bedouin Settlement in the Negev – 2012″).

The government established the Prawer Committee in 2009 to formulate a detailed plan for addressing the legal and practical issues of Bedouin settlement in the Negev based on the recommendations of a commission headed by former Supreme Court Justice Eliezer Goldberg. The government approved the Prawer Plan in September 2011.

In a 17-page letter to Minister Benny Begin (the Minister without a portfolio charged with the procedural aspects of this proposal), Attorney General Yehuda Weinstein, Prime Minister Binyamin Netanyahu, and Justice Minister Yaakov Ne’eman, the organizations detailed their objections to the Prawer Plan, addressing two central issues: the dismantling of the unrecognized villages and forced displacement and relocation of tens of thousands of residents to recognized settlements, and the recognition of Bedouin ownership to lands.

In respect of each of these issues, the organizations maintain, the government is ignoring the facts and reality on the ground, failing to seriously examine alternatives, and proceeding with the clear intention of ousting the residents. Such an implementation of the Prawer Plan would also constitute a gross violation of the residents’ rights under Israeli law to appeal against eviction and demolition orders as afforded to them by their constitutional rights to property, dignity and equality.

With respect to the unrecognized villages: the organizations stress that the proposed legislation ignores the fact that most of these villages have existed on their lands since before the establishment of the State, while others were established when the Israeli military government forcibly relocated Bedouin residents from their lands in the 1950′s. Underlying the proposed law is the sweeping misconception that the 70,000 people residing in 36 unrecognized villages are squatters without rights to the land.

With respect to the issue of land ownership in the Negev: the organizations argue that the facts, supported by ample legal precedents, formal reports and research, prove Bedouin ties and ownership to the lands in question. The government, however, ignores these facts, while purporting that the “arrangement” it intends to impose on the residents is actually for the benefit of Bedouin citizens.

The organizations warn that the central tenant of the proposed law is the “concentration” of Bedouin in limited predefined areas which will force them to abandon their traditional agricultural livelihood, while industrial areas, a military base, and new Jewish settlements are expected to be established on the lands of the unrecognized Bedouin villages. The proposal includes the use of administrative authority, similar to the emergency powers of legislation reserved for wartime, in a manner which would grossly violate the residents’ rights to due process. Accordingly, this proposal would enshrine wholesale discrimination against the residents of unrecognized villages into law.

According to Attorney Rawia Aburabia of the Association for Civil Rights in Israel, “the attempt to enshrine the Prawer Plan into law is a farce. A democratic state cannot pass a law of discrimination, one that violates human rights and continues to harm a minority that has suffered from neglect and discrimination dating back to the founding of the State. Demolishing an Arab Bedouin village in order to establish a Jewish settlement on its ruins is not the action of a democracy – it is a step that takes us back to the military regime.”

Attorney Suhad Bishara of Adalah states that “the government of Israel should shelve the Prawer Plan and recognize the rights of the Arab Bedouin residents of the unrecognized villages to ownership and use of the lands on which they have resided for many decades. The government should recognize the ownership rights of the Bedouin to their lands in the Negev as a necessary step towards creating historic justice vis-à-vis this population.”