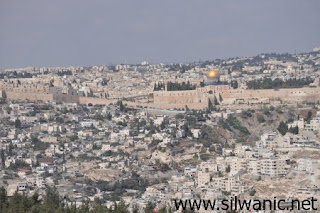 Together, we stopped JNF from evicting a Palestinian family of 12 in East Jerusalem! Congrats to everyone who answered our call and sent the message to JNF leaders that American Jews and all who care about Israel won't sit idly by while JNF pushes Palestinians out so that Jewish settlers can take over their land and homes.

JNF had the chutzpah to deny their involvement after we launched this action together with Rabbis for Human Rights-North America and RHR in Israel, with Sheikh Jarrah Solidarity Movement bringing activists to the house. We showed JNF was behind this - thanks to the intrepid work of Hagit Ofran of Peace Now's Settlement Watch - and JNF stepped back from causing what would have become a major international incident. You made a difference!

Eviction order initially issued requiring the 12 members of the Sumarin family to be out of the property by Sunday; Jewish National Fund has been trying to evict them since 1991.

At the last minute on Thursday night, the Jewish National Fund announced a delay in the eviction of 12 members of a Palestinian family from the house where they've been living in the East Jerusalem neighborhood of Silwan. An eviction order had initially been issued requiring the Sumarin family to be out of the property by Sunday.

Police and bailiff's office officials had already toured the house, preparing for the possibility that the family would have to be physically removed from the premises. A Jewish National Fund subsidiary, Himnuta, has been trying to get the family out of the house since 1991, saying it owns the premises having acquired it that same year. The house had previously been acquired by the Custodian of Absentee Properties, after original owner Musa Sumarin passed away in 1983 and his three heirs were all living abroad.

The JNF attempted to downplay its connection to the site, referring inquiries to Elad, a group that has been bringing Jews to live in East Jerusalem and obtaining leases for much of the property Himnuta acquired in Silwan.

Following an initial report on the matter ten days ago by Haaretz, the left-wing groups Rabbis for Human Rights and the Sheikh Jarrah Solidarity Movement launched a campaign against the JNF, including its American affiliate.

Following the campaign, the JNF announced that it was not a party to the eviction case, claiming that Elad had pursued the action without any connection to the Jewish National Fund.

Their announcement also took Rabbis for Human Rights to task for not checking the facts. The statement said the JNF had leased the property where the Sumarin family is living to Elad in the early 1990s, as a result of Elad's archaeological activities in the area. The JNF said it has no control or responsibility for what was done at the property and any issue is between the Sumarin family and Elad.

The legal documents in the eviction action, however, show that Himnuta, a wholly-owned JNF subsidiary, was the party that brought the current legal action.

The eviction action has been going on for 20 years, before four different courts, and in each case Himnuta was the plaintiff in the matter; Elad was never a legal party to the action. Himnuta is also pursuing two other eviction cases in the neighborhood. It should be noted, however, that the lawyers representing Himnuta represented Elad in other eviction actions in Silwan.

For its part, the JNF said the court ordered the Sumarin family to leave the premises in 2006 and family members have rebuffed efforts to seriously discuss a resolution of the case. Nonetheless, the JNF said, additional time would be granted to resolve the issue. Elad did not comment.

Posted by Jewish Alliance for Change at 10:30 PM