A Day of Catastrophe in Israel, by Rachel Metz - Special to the Campaign for Bedouin-Jewish Justice 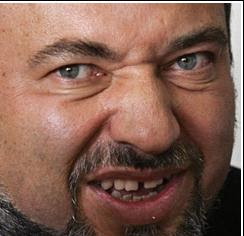 March 23rd was one hell of a day in Israel. Anyone following the news there probably saw the major stories, but experience in the Negev lends some insight into their implications for Bedouin–Jewish justice.

For residents of Beer Sheva and neighboring areas, Wednesday started bright and early with a siren and rocket at 5:30 a.m. Even living seven time zones away, when I read about the rocket, I felt like I was straight back during the 2008-2009 war. I can only imagine how palpably people still in the area experienced that as they felt the rush of adrenaline that comes with the siren and hurried to seek shelter. My heart goes out to the residents of Beer Sheva and the rest of the Negev as they're assaulted by rocket fire. Both during Cast Lead and today, though, when the Israeli news media report that a rocket hit an "open area" in the Negev, I can't help but wonder if that "open area" was an unrecognized Bedouin village. Is damage there excluded from the official news the way the villages are from the official map? As people in Beer Sheva justifiably complain about locked shelters, where are the complaints on behalf of their neighbors for whom the threat of home demolition precludes not just having shelters but even living in houses big enough to provide the relative protection of stairwells?
Elected in the wake of Cast Lead as people’s defensiveness manifested in a political shift to the right, the Knesset continued to add to the bad news on Wednesday for those Jews who support change towards improved human rights. It passed two highly problematic laws proposed by Avigdor Lieberman's Yisrael Beiteinu party. The first law bars public funding for groups that "undermine the foundations of the state and contradict its values." The potential for this bill to be used in a McCarthy-esque way is troubling, especially when coupled with Wednesday’s Knesset hearing that questioned whether J Street has the right to criticize Israeli policy while supporting Israel.
More immediately troubling for Bedouin-Jewish Justice is the second racist bill passed that same day, which allows Negev and Galilee communities with up to 400 families to screen potential applicants based on cultural characteristics.* Bedouin in Israel are stuck between a rock and a hard place. Those who have tried to move into predominately Jewish areas (including Beer Sheva) have long contended with de facto discrimination, and now in many places it will be de jure discrimination as well. They can move to one of the government-created Bedouin towns, where the legacy of decades of underfunding means they will face rundown roads and schools, minimal-at-best government services such as libraries, and, unsurprisingly given these other issues, the highest unemployment and poverty rates of all Israeli towns. Alternatively, they can remain on their land in unrecognized villages without water, electricity, roads, medical clinics, etc. and hope their homes aren’t destroyed nor their crops defoliated.
The biggest news story on Wednesday, however, was of course the bus stop bombing in Jerusalem. Violence against innocent people is never acceptable. But anyone concerned with that type of explosive physical violence should also be concerned with the disenfranchisement of Israel’s Bedouin citizens. It, too, leads to the loss of innocent lives.
*Israeli civil rights groups are also concerned about the potential of this being used to discriminate against Ethiopian-Israelis, foreign workers, same-sex couples, single-parent families, and other stigmatized groups.
__________________________________________________________________
Rachel Metz lived in Beer Sheva, Israel from 2007 through 2009 while earning her master's degree in Middle East Studies from Ben Gurion University. Her experiences in the Negev included interning for BUSTAN, a Jewish/Bedouin environmental justice NGO. That same passion for social justice motivated her to combat U.S. poverty through AVODAH, the Jewish Service Corps, work on the largest reservation in the U.S., and write articles, opinion pieces and letters to the editor for publications including In These Times, The Jerusalem Post, and The Washington Post. She currently lives in the Washington, DC area where she works in environmental protection.
Posted by Jewish Alliance for Change at 1:55 PM