Negev Bedouin, the IDF and Religion in Israel: News Analysis by Rachel Metz - Special to the Campaign for Bedouin-Jewish Justice in Israel 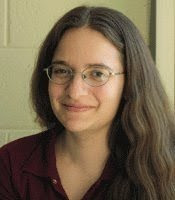 The Israel Defense Forces
Israel’s Defense Ministry has recently requested funds to move several military units to the Negev. In theory this is a good idea – the taxpayers save money and a peripheral area of the country gets an economic boost. The problem is that the Israeli government has a bad history of using such development projects to displace indigenous Bedouin from their lands without providing compensation that allows them to provide for themselves.

Many of the Bedouin displaced by Israel’s military forces were moved to the seven government-established Bedouin towns. Unfortunately, these towns, like the rest of Israel’s Arab areas, suffer disproportionately from low state investment in public infrastructure and services.

Other Bedouin have opted to stay on, or as close as possible to, their land, living in villages that are unrecognized by the state. Because these villages do not appear on maps, the health of their residents is not taken into account in planning decisions, and these villagers, particularly those living near the Ramat Hovav industrial site, suffer disproportionately from cancer, birth defects, asthma, and other problems. (It’s worth noting that the Bedouin are hardly the only indigenous people to suffer and die from health ailments that nobody else cared enough to prevent. In the U.S. context, perhaps the most glaring example is the Navajo, whose cancer rates among teenagers living near uranium mine tailings are seventeen times the national average.)

With the IDF being the biggest polluter in Israel, construction of a new base begs the question of what will happen to those currently living on the construction site.

RELIGION
The U.S. State Department has released its annual Religious Freedom Report for Israel and the Occupied Palestinian Territories. This report notes that Israel’s budget covers the costs of construction and maintenance for [orthodox] Jewish places of worship but does not cover construction at all, and maintenance only minimally, for non-Jewish places of worship. To put it bluntly, this discriminatory state policy forces members of some religions and denominations (including Reform and Conservative Jews) to subsidize the worship of orthodox Jews.

Living in Beer Sheva, I certainly felt the effects of this policy. Though there were several orthodox synagogues within walking distance of my apartment and dozens if not hundreds in the city as a whole (which no doubt benefited from the city tax that I had to pay but that they don’t), there is only one non-orthodox synagogue in the city, and it is privately funded.

The city’s historic mosque, which dates from Ottoman times, has been used for non-religious purposes since 1948. Despite efforts by the city’s roughly 5,000 Muslim residents, the city will not allow it to be reopened as a mosque. The religious needs of Israel’s non-orthodox residents are clearly not being met the way anyone committed to equality would want.

In Rahat, the largest Bedouin city with its population of over 40,000, Islamic Movement activists sought to fill this void by building a mosque. A few months later, in early November, the Israel Lands Administration demolished it. Over 1,000 local residents protested the demolition and the city declared a one-day general strike of all city services, including education, in protest as well. Were Israel trying to increase support for political Islamic groups it could not have done a better job of it.

Rachel Metz lived in Beer Sheva, Israel from 2007 through 2009 while earning her master's degree in Middle East Studies from Ben Gurion University. Her experiences in the Negev included interning for BUSTAN, a Jewish/Bedouin environmental justice NGO.

That same passion for social justice motivated her to combat U.S. poverty through AVODAH, the Jewish Service Corps, work on the largest reservation in the U.S., and write articles, opinion pieces and letters to the editor for publications including In These Times, The Jerusalem Post, and The Washington Post. She currently lives in the Washington, DC area where she works in environmental protection.

Posted by Jewish Alliance for Change at 2:09 AM