Greenwashing the Blueprint: Devorah Brous, JNF and the Negev - A Personal Preface, by Rebecca Manski 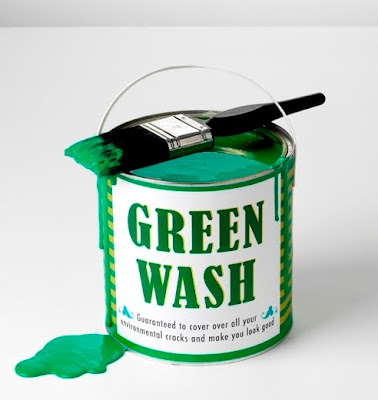 A Jewish National Fund tree-planting certificate has been hanging on my grandparents' bedroom wall since long before I was born. A farmer with his plow is etched on yellowing parchment. The certificate hangs in a rogues gallery which relates a classic Jewish American storyline. There are images of my great-great-grandmother, murdered in the Holocaust. There is the visa signed by Chiune Sugihara, the Japanese consul who saved my grandfather's life. There is a photograph of my great-grandfather in his Dorchester deli, shaking hands with Robert Kennedy, his eyes sparkling. There are awards from the Zionist Organization of America, from the time my grandfather was President of the New England chapter. The journey from Lithuania, to the United States, to Israel, all hangs against my grandmother's choice of pink vinyl wallpaper.

The Jewish National Fund certificate captured my imagination, and reminded me of the socialist images I had seen tacked on the walls of my Jerusalem kindergarden the year before our family left Jerusalem in 1982. I was proud that my grandfather had contributed his modest earnings as a sock salesman directly to the JNF, to plant ten pine trees in the Land of Israel. Looking at that rogues gallery in this Jewish suburb outside Boston, I could picture Israel, and the JNF forests, and the times I hiked proudly under a canopy of JNF pines.

Things changed. At twenty-five, I found myself hopping off a bus, not to take shade in a JNF pine forest, but to wait on that hot and treeless desert roadside for a field worker with the Regional Council of Unrecognized Villages. I found myself speaking for countless hours, strategizing with Devorah Brous, an impassioned ally of the Bedouin, Founder of the environmental justice NGO Bustan.

Throughout fifteen years of organizing in the region, Brous introduced many thousands of people to the greenwashing of Bedouin displacement in the Negev. Visitors on one of her 'Negev Unplugged Tours', saw Bedouin citizens of Israel denied access to electricity and other public amenities living 'unplugged' from the State. Many of those destined to go their own course and become researchers, filmmakers, or activists focused on Negev Bedouin issues - first visited an unrecognized Bedouin village with Brous.

Cultural roots, possibility and perhaps even, in a certain sense, destiny brought Brous from New Jersey to the Negev in 1991. She ventured into the Last Frontier only to find that -- even as the government and the JNF viewed the Negev as a vast wilderness awaiting Jewish settlement -- it was being despoiled, treated as a lawless dumping ground for Tel Aviv's municipal waste, multiple mining operations, dozens of chemical factories and Israel's principle nuclear facility. She saw that the indigenous Bedouin had been concentrated into a small triangle of land, denied access to their ancestral grazing grounds and the fields in which they once sowed barley and wheat their main means of sustenance. She saw that some 80% percent of the Negev consists of closed military zones and is off-limits for residential or agricultural use by civilians. And after several unflinching years of study in Israel, she learned that from the 1950s-70s the government displaced the Bedouin of the Negev into a sliver of land less than 2% of their former range, and the process of land confiscation was far from over.

Out of Brous' outrage came the Negev environmental justice organization Bustan. In 2003, Bustan launched a sustainable clinic-building project in the village of Wadi Na'am, bringing unprecedented international attention to the interrelated problems of the unrecognized villages and environmental injustice in the Negev. I volunteered at Wadi-Na'am, spending days up to the elbows in buckets of adobe plaster; and the first sparks of a friendship with the woman behind this amazing project ignited over the campfire at night.

One day in 2006, Devorah led fifty people from the world-over on one of her Negev Unplugged Tours to the regional capital, Beer Sheva. She pointed at the Le Corbusier-inspired poured concrete buildings, which are the pride of Beer Sheva's Ben Gurion University, surrounded by green lawns and trees. Instead of building homes and structures with natural and local materials appropriate for the desert climate, and instead of planting native species which naturally conserve the region's scarce water resources, you see palm trees surrounding all that cement, soaking up all the heat. This, she informed the tour, is the legendary 'blooming of the desert:' Palms more suited to Florida, and pines more suited to Oregon. The palms planted in the Negev soak up 30-gallons more water than a native palm, daily.”

Brous' silvery blue eyes searched the landscape, “Is that the kind of water-intensive development promoted by the JNF, which calls itself an environmental organization?” At that time, we could only guess. There was no Blueprint to the Blueprint Negev, no plans to examine.

On a blustery winter day in 2009, I visited the New York offices of the Jewish National Fund. I had been invited by Molly Golden of JNFuture, the fund's youth outreach division, to attend a Blueprint Negev presentation entitled, “It's Not a Mirage, It's Our Vision.” A JNF spokeswoman had assured me that an actual, tangible blueprint of the development plan -- which had, over the course of three months of back-and-forth communication, evaded me -- would be made available at the event.

I walked through the arched entryway doors towards the mahogany hall where JNF members mingled over crackers, sipping wine from settlement vineyards. As I went, I glanced at the staircase adorned with staid oil portraits of benefactors, doves, olive branches and the walls of the Old City in Jerusalem. Black-and-white snapshots of early twentieth century Jewish pioneers were interspersed with kodacolor images of grinning teens posing at Masada in Teva sandals and cargo pants.

Now, at the JNFuture presentation, I saw with my own eyes: After at least four years of project development, pressure from a small cohort of Jewish community leaders had truly led the JNF to green its public relations priorities. The JNFuture powerpoint prominently featured discussion of a new goat milk marketing project in the Bedouin village of Hura, a park in cooperation with the Bedouin township of Segev Shalom, and cooperation with the Abu Basma Regional Council of legal Bedouin villages.[1] The aforementioned cohort featured environmental planning expert and former JNF Board Member Daniel Orenstein, David Lehrer of the JNF-funded Arava Institute for Environmental Studies, Yeela Livnat of the Council for Unrecognized Villages, Rabbi David Seidenberg, and various Jewish environmental advocates in the United States.

In an email to these peers, Brous argued that the most well-intentioned advocacy efforts could have unintended consequences: “I won't mince words: In the absence of full transparency around Blueprint Negev, this amelioration (greenwashing) is dangerous.” Brous warned against “Encouraging the JNF to present a more green 'image'" in the absence of any effort to address what she called the root issue: “discriminatory allocation of already scarce resources the Negev.” Later, Brous added: “The JNF's engagement in a campaign to fund symbolic projects in partnership with Bedouin is nothing short of dangerous in the context of the JNF-KKL's political and strategic objectives.”

This concern haunted my reception of the JNFuture presentation in New York. When Sim Herring, a fundraiser for a modern orthodox Jewish school, asked what I thought of the latest presentation on the Blueprint Negev, I told him honestly that I still wanted to see a Blueprint and was concerned that the JNF 's modifications were just greenwashing.

To this, Herring replied, “You know there is a great organization that deals with those issues. I first encountered this problem while volunteering on a clinic-building project in a Bedouin village
called....Wadi Na'am, I believe?” I felt an ironic smile involuntarily spread across my face. “In fact it's the organization that deserves most of the credit for introducing those issues to the JNF,” Herring emphasized. “Without it, the JNF would not have made these changes. Have you heard of Bustan?”

Read "Blueprint Negev": An expose of JNF's role in the displacement of the Negev Bedouin, by Rebecca Manski
Posted by Jewish Alliance for Change at 9:30 PM