An exchange with Benny Morris: The Bedouin and Israel as a Jewish and Democratic State, by Gidon D. Remba 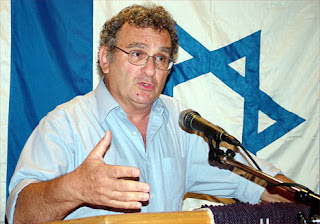 Benny Morris, the renowned Israeli historian, reminded the audience at the Other Israel Film Festival in New York City last night what he thinks Israel should have done about the presence of Palestinian Arabs within the Jewish state: had more been expelled by Israeli forces in 1948, so that few Palestinians would have remained behind in a nascent Israel, moving them all to the Palestinian state envisioned under the UN partition plan, the Middle East would be a much quieter place today. No, he does not advocate transfer today, he explains. But more thorough ethnic cleansing in 1948 would have promoted peace, he says.

This view is both outrageous and wrong: creating even more Palestinian refugees would not have led to peace, but simply increased the number of aggrieved Palestinians who would have sought a right of return to their former homes and villages in Israel. It would have flooded the neighboring Arab states with even more refugees, adding fuel to the rejectionist fire against the new Jewish state. More war crimes would not have brought more peace, but rather the opposite.

A Likud Knesset Member was quoted in the Jerusalem Post today as saying that because he supports Israel as a “Jewish and democratic state,” he believes that “as many as possible” Arab Israelis should become citizens of the Palestinian Authority as part of a final peace agreement (without regard to whether they wish to give up their citizenship and residency in Israel). This Knesset Member has turned the very idea of democracy on its head. Democracy’s heart is equal rights and liberties for all citizens. And it is precisely because we are committed to Israel as a Jewish democratic state that we believe the Palestinian Israeli and Bedouin Arab citizens of Israel can become equal citizens in a state that is Jewish in important ways, and treats both Jewish and Arab citizens as equals. The impulse to expel non-Jews from the State of Israel in the name of Zionism - whether through physical expulsion or by declaring their homes and villages as no longer part of Israel - is a perversion of democracy, of Jewish values and of Zionism as envisoned by its founder Theodor Herzl.

Before Chaim Yavin’s film ID Blues: Jewish and Democratic was screened, I was invited to offer some brief remarks on behalf of the Jewish Alliance for Change, which co-sponsored the showing. I reviewed the mistreatment, discrimination and extreme inequality between Israeli Jews and the Negev Bedouin, and the mounting demolitions of Bedouin villages and expulsion of hundreds of Bedouin, as the most awful example of the way the Israeli government – especially this Israeli government of Netanyahu and Lieberman - is undermining the chances for reconciling Israel’s Jewishness with its democratic character.

Afterwards, Benny Morris spoke about the issues raised in the film. I posed the last question during the discussion. Morris claimed that Israel’s contribution to the growth of Islamic extremism is negligible; that Islamic extremism is fueling Jewish extremism. Isn’t it the other way around, I asked, and offered three examples:

Morris acknowledged that these things made a contribution, but he insisted that the contribution was minimal. Even had Israel not done these things, he claimed, Islamic extremism would have developed in all these areas. Ending the occupation of the West Bank or making a sustained and serious effort to integrate and promote equality for Israeli Arab citizens would do little to temper support for Muslim extremism among Palestinian Israelis and West Bank Palestinians, said Morris in a post-film discussion with me and other audience members.

Before answering my question during the public program, Morris decided to address my remarks before the film. Things are more complicated than you portrayed them, he protested: "If you study the issue closely, he continued, you find that the land claimed by the Bedouin is state land, inherited by Israel from the British and the Turks; the Bedouin have no title to the land, and they are trespassers encroaching on state land."

I interjected: "Prof. Morris, you are ignoring numerous historical sources which justify the land ownership claims of the Bedouin. If you study the issue closely, as you suggest, it leads to a conclusion diametrically opposed to yours."

Morris’ characterization is in fact a gross oversimplification of the history and a distortion of the highly politicized and biased process by which Israeli governments have denied Bedouin claims to their land.

The US State Department’s 2008 Report on Human Rights in Israel sums up the history more accurately: “Israel’s land policies refuse to acknowledge Bedouin ownership over lands they have possessed for generations… the Israeli government has not recognized any title of ownership or rights to lands traditionally possessed and used by the Bedouin in the Negev. In defense of this denial, the state has cited the Bedouin’s lack of documentary evidence attesting to ownership. Crucially, however, the Bedouin have never operated a documentary land registration system. Rather, land is allotted according to verbal inter-tribal agreement. Given this cultural norm, any land ownership system that requires written proof of ownership serves to dispossess most Bedouin of their land.”

“However, the lack of state-recognized title does not mean that there is no documented evidence of former Bedouin ownership. ‘Until the establishment of the State of Israel in 1948, the Bedouin were, for the most part, the sole residents of the Naqab [Negev]. In 1947, over 90,000 Bedouins, members of 96 different tribes, lived in the expanse stretching southward from Kiryat Gat and Ashdod. According to several sources, including Jewish sources, these Bedouin held approximately two million dunams of land, for which they adhered to a clear and agreed-upon system of property rights.’”

Morris, I’m sorry to say, has bought into the propaganda that has been used to justify a policy of unjust land expropriation from Bedouin to enable the state to develop the land exclusively for Jewish use, while pushing the Bedouin into as small an area as possible. Once a critical historian, Morris now lets his reading of history serve his politics, and his politics edges dangerously close to a Jewish ultra-nationalism which prefers Jewish aggrandizement to Israel’s commitment to liberal democratic values and human rights.

On these lopsided terms, it is no surprise that Morris opened his remarks by confessing that he sees no contradiction between Israel’s Jewishness and its democratic character. There will never be a contradiction if Jewishness always trumps the equal rights and liberties which are supposed to be guaranteed to all citizens in a democratic state.

After our public exchange, I approached Morris to continue the conversation, alluding to historical research supporting Bedouin land rights from scholars at his own university, Ben-Gurion University in Beersheva. He summarily dismissed all this research and evidence, suggesting that it shows nothing. I objected: You’re overlooking the fact that there is a generic problem with many states around the world having denied the land claims of indigenous and aboriginal peoples who often have other forms of evidence for these than the deeds that modern states tend to demand. By enacting narrow, biased laws designed to exclude non-traditional evidence of ownership by minorities, favoring the majority ethnic group, states often have unjustly denied the land claims and rights of such indigenous peoples.

Now Morris lit up: you have a point, he conceded. While he didn’t abandon his faith in the rightness of state policies towards the Bedouin, he acknowledged a flaw in his own worldview on this issue and in the state’s standard defense of its claim that the Bedouin have no land rights in the Negev and are simply trespassing on “state land.” But this flaw forms a hole so large that one can drive a phalanx of Volvo bulldozers right through it – and away from the "illegal" Bedouin villages and homes "bulit on state land" which they might have otherwise demolished.

What I didn’t tell Morris is that comparative legal scholars like Ahmad Amara, a Palestinian Israeli attorney who worked for the last 3 years on the land and housing rights of the Negev Bedouin under the aegis of Harvard Law School’s Human Rights Clinic, have shown that many countries that had previously denied the land claims of indigenous and aboriginal peoples for want of a written deed, have reversed course and recognized other forms of evidence of land ownership.

For example, “New Zealand illustrates attempts to remedy past abuse of a legal regime that recognized legal title over indigenous lands. In Canada, the government and the courts have recognized indigenous title to land, defined land rights with reference to practices, traditions and customs central to indigenous societies, and allowed customary forms of documentation,” Amara concluded in a comprehensive report submitted to the Goldberg Committee.

Amara has documented many other analogous examples, including India and the Philippines. Israel, regrettably, remains an outlier.

To Benny Morris I say: come back to the study of history and get off Avigdor Lieberman’s ship, which is heading for the rocks. This way lies ruin for Israel.

Posted by Jewish Alliance for Change at 12:28 AM