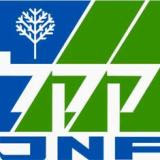 In a tweet that was later deleted, the Jewish National Fund says Bedouins in unrecognized villages are “living on someone’s land illegally.” The JNF has been taking part in evacuations of Palestinians in East Jerusalem and in foresting actions aimed at preventing the Bedouin from accessing their lands; last month, a JNF board member resigned, citing “violation of human rights” by the organization.

In recent months, we have reported here on the Jewish National Fund’s role in attempts to take over Palestinian homes in East Jerusalem and in the evacuations of Palestinian Bedouins from their homes in the Negev desert.

The Fund – originally established to buy lands in the early days of Zionism – is today a quasi-government agency that controls 13 percent of the land in Israel. Since the fund only sells lands to Jews, the government occasionally transfers real estate in disputed areas to the fund, so it can carry out discriminatory policies that the government is forbidden from exercising directly. Such are the cases in East Jerusalem.

In the south, the fund does foresting work on the lands of unrecognized Palestinian villages, aimed at preventing Bedouins from rebuilding their homes. Last week, the Abu al-Qian Bedouin clan protested plans to evacute them from their homes in the Yatir area in order to make room for another JNF forest.

Last Thursday, there was an interesting tweet from the JNF USA office, essentially admitting that the Fund sees the Bedouin citizens of Israel as illegal invaders in their own land:

After several followers re-tweeted this message, the tweet was deleted. A new tweet directed readers to a public statement by the fund, claiming that the Bedouin issue “is too complicated to debate in 140 [characters].”

“The issue” is in fact not that complicated. When Israel was established, it chose not to recognize Bedouin ownership of lands that they cultivated or lived on, making them illegal residents in their own home – even in cases where those settlements predated the state itself. More than 60 years after, the state still tries to evacuate the Bedouin, while refusing to connect them to infrastructure such as electricity and water. Yet in the world of the Jewish National Fund, its not even a disputed territory: All lands belongs to Jews by default, and people – Israeli citizens! – living there are doing so “illegally.”

The Jewish National Fund is knowingly and willingly taking an active role in taking over the lands of indigenous population in different parts of Israel and the occupied territories. Lately, JNF board member Seth Morrison resigned from the organization, calling its evacuations of Palestinians in East Jerusalem a “violation of human rights.”

Rabbis for Human Rights have launched a campaign against the Jewish National Fund’s attempts to take over Palestinian homes and evacuate Bedouins from their lands. You can read more about it here.

Posted by Jewish Alliance for Change at 3:04 AM