Israel and the Polarization of American Jews, by Gidon D. Remba, Jerusalem Report 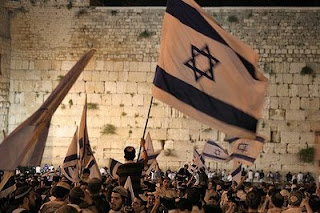 In “Israel and the Polarization of American Jews,” (The Jerusalem Report, June 20, 2011), I suggest that the controversy over Tony Kushner’s views on Israel highlight the ways in which the gap between liberal and conservative Jews regarding Israel is becoming an unbridgeable chasm. At the same time, I question the value of defining who is “inside the Jewish communal tent” and who is “outside,” as leaders in the organized Jewish community have suggested, on the basis of whether a person or organization “recognizes Israel as a democratic Jewish state.”

Today, many human rights activists and groups which are not avowedly Zionist work closely with pro-Israel groups like ours that are fighting for justice and equality in Israel. Our Campaign for Bedouin-Jewish Justice (a project of Rabbis for Human Rights-North America and the Jewish Alliance for Change), for example, has brought together American Jewish and Israeli Arab groups across the ideological spectrum, including some in Israel and the U.S. who would be defined as “outside the tent” by the conventional definition. Acting in concert has enabled us all to be more effective in our efforts to stop the demolition of homes in unrecognized Negev Bedouin villages and the violent expulsion of Bedouin Israeli men, women and children by the Israeli government.

By working together to advance equal citizenship for both Arab and Jewish Israelis, aren’t non-Zionist human rights activists doing more to secure Israel’s future as a democratic Jewish state than some Zionists who pass the conventional test of “kashrut” for membership in the “communal tent”? The misbegotten controversy in Israel’s Knesset and at the Boston Jewish Community Relations Council over whether J Street is “pro-Israel” enough to be included in Jewish communal institutions is another case in point.

Perhaps the time has come to do away with the impulse to excommunicate Jewish groups engaged in activism for peace, human rights and justice in Israel if they take unorthodox political stands or do not speak in ways that representatives of the mainstream community deem politically correct.

Click here to read “Israel and the Polarization of American Jews.”
Posted by Jewish Alliance for Change at 8:39 PM